This irregular blog feature I proposed back at the start of the year has become more infrequent and irregular than I originally envisioned, but I guess I have decent excuses for at least some of those lags. You know, work, deadlines, etc. It’s been a busy year on a number of fronts, but I still try to squeeze in some fun, nostalgic stuff like this as opportunities present themselves.

“Shush, blog monkey,” I can hear someone shouting from the cheap seats. “Give us the bookie bookie talk!”

For those wondering what you’ve stumbled into, back at the beginning of the year I announced I’d offer an occasional look at a favorite series of movie or TV tie-in books. So far, we’ve revisited novels based on The Six Million Dollar Man and The Bionic Woman, Planet of the Apes, and V.

Next up? We turn our attention to the men and women of Moonbase Alpha and the terrible, horrible, no good, very bad day they had on September 13th, 1999.

Premiering at different points during the summer of 1975 (depending on where you lived), Space: 1999 was the latest creation of the legendary producing team of Gerry and Sylvia Anderson. The new series grew out of plans for what was to be a second season of their previous production, UFO. By the time it was decided to cancel UFO after its first season, a great deal of pre-production work had already been completed or was still underway. The Andersons simply repurposed that effort and voila: Space: 1999.

Like the original Star Trek a decade before it, this new series begat a modest yet loyal fanbase as well as a respectable amount of merchandising that included toys, games, apparel, comics, and–yes–books. As was the case with many genre programs of the era, Space: 1999 spawned a line of novels adapting various episodes of the series. As James Blish and Alan Dean Foster did with (respectively) the original and animated Star Trek series, this new li 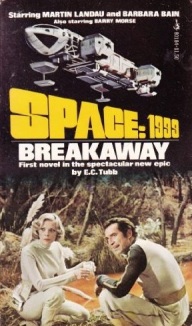 ne of Space: 1999 books began with adaptations of episodes from the new series into prose form. Novels adapting the show’s first season were published beginning in the late summer of 1975 by Pocket Books in the United States and Futura Books in the United Kingdom.

Prolific British science fiction author E.C. Tubb kicked off the series with Breakaway, a novelization of the series’ premiere episode as well as the next three episodes (as listed by production order; the shows themselves tended to be aired in seemingly everything but this order). Rather than writing individual adaptations for each story, Tubb instead threaded all four tales into a single narrative. This approach would be mimicked by the other two writers to join Tubb on this project, John Rankine and Brian Ball. The series’ first six books would novelize all but two of the first season’s 24 episodes, with Tubb contributing two volumes, Rankine writing three and Ball writing one. 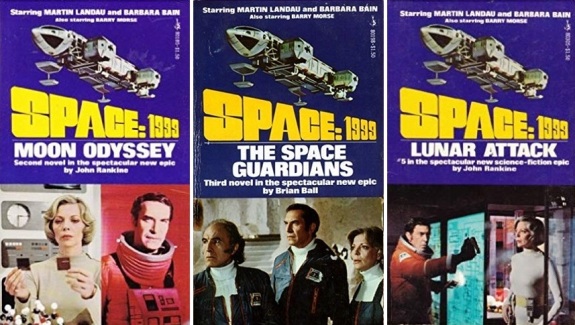 Four more novels would follow these adaptations, two each by Tubb and Rankin, featuring original stories much the same way Bantam Books was publishing all-new Star Trek novels to go with their adaptations of original series episodes. Pocket’s run of Space: 1999 ended in 1976 after these ten volumes, but in the UK there was one more book, Earthfall, an original novel serving as a retelling of the entire “saga,” including a leaner adaptation of the “Breakaway” episode as well as offering a “finale” to the series itself.

For Space: 1999‘s second season, publishing of novelizations in the U.S. moved to Warner Books, kicking off in January of 1977 with Planets of Peril. Like Pocket’s run before them, Warner’s approach was to have author Michael Butterworth connect the storylines from three to four episodes into a single narrative. Except for the second volume, Mind-Breaks of Space, where he worked with co-author J. Jeff Jones, Butterworth was the sole writer for this second series of what ultimately became six novels. As with the first season books, all but one episode of Space: 1999‘s second year was adapted into novel form, and no original novels followed up these novelizations. For both sets of books, they tended to be rather slim volumes, so there was little in the way of expanding the stories beyond the scripts on which they were based, and indeed it was not uncommon for events to be compressed in order to keep things moving. 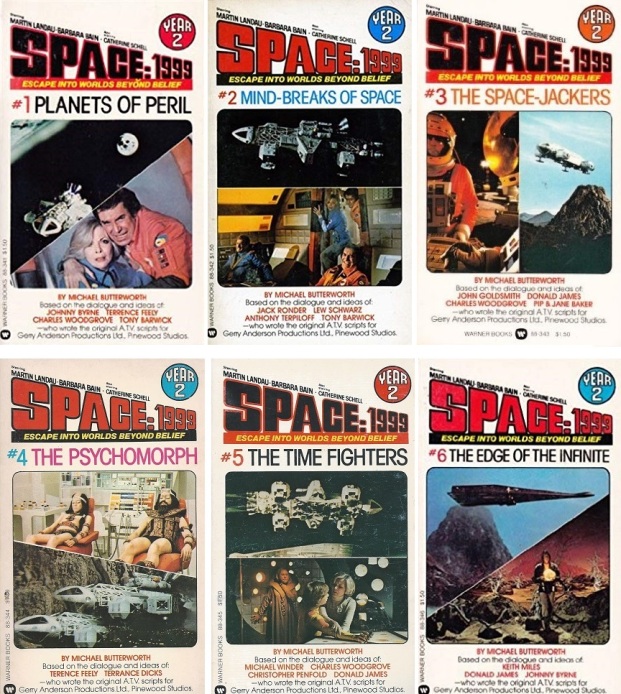 My recollection of these novels comes thanks to my personal collection of the 16 novels as published by Pocket and Warner. However, the Wikipedia article about books and other Space: 1999 media also contains info about foreign-language editions of these books as well as six original novels written and published in German. So far as I know these have never been translated into English but if I’m wrong about that then I’d love to hear more. 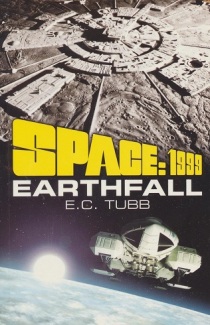 With Space: 1999 being canceled after a second season critics and fans found lackluster, one could reasonably assume that might be the last we’d hear of the show. Of course, the series found new life and fans in reruns and (later) home video releases. Fan clubs similar to those created for followers of the original Star Trek sprang up. 1981 brought with it the formation of Fanderson, “the world’s only official appreciation society for the works of Gerry and Sylvia Anderson.” Endorsed by Andersons’ family and production companies, the society has for nearly 40 years championed the legacy of the legendary duo. Among the club-exclusive merchandise offered by Fanderson was a 2002 reprint of E.C. Tubb’s Earthfall novel. My understanding is that the society was prohibited from offering the book for sale to the general public, so copies in the wild are a rare occurrence.

In 2003, Fanderson commissioned E.C. Tubb to write a new adaptation of “Earthbound,” the only first season Space: 1999 episode to not be novelized back in the 1970s. While doing research for this post, I learned the reason for the episode’s omission: Tubb’s novelization of “Breakaway” was written based on the script, which included the death of Commissioner Simmonds, head of the space agency overseeing Moonbase Alpha who is trapped with the rest of the Alphans when the Moon is blasted from Earth orbit. The commissioner’s death was edited from the episode’s final broadcast version (though he is of course conspicuously absent at the end of the episode). It was far too late to change Tubbs’ Breakaway novelization, and given how prominent Simmonds is to the events of “Earthbound, ” the decision was made to simply remove the episode from the adaptation effort. Tubb’s Earthbound greatly expands the storyline, adding all sorts of great little character and continuity bits. Only Fanderson members were able to purchase the book, and like Earthfall it’s become increasingly difficult in recent years for mere mortals to obtain a copy.

Elsewhere, in 2002 the publisher Powys Media secured a license to produce original novels based on Space: 1999 as well as revised and updated versions of the earlier novelizations. A few novels are set between the show’s two seasons and answer questions left hanging so far as why prominent characters from the first year, especially Professor Bergman, weren’t carried over to the second season. Others take place after the second year, continuing the Alphans’ journey through the universe. As of November 2015, Powys published 14 new or updated Space: 1999 novels, and as I write this their website lists several more as “planned.”

It’s inevitable Space: 1999 will return in some form in the future as a reboot or “re-imagining,” and that brings with it the possibility of revisiting Moonbase Alpha in novel form.

Yeah. I’ll be there.

Previous entries in this series:
Introductory Post
The Six Million Dollar Man and The Bionic Woman
Planet of the Apes
V