No, the headline isn’t some oh-so clever way of announcing my new podcast. Far from it, actually.

Lots of people have podcasts. I mean…a lot of people have podcasts. I should know, because I’ve been a guest on my share of them over the years. It’s too bad it’s not a paying gig, because that sort of thing totally beats donating blood or other body fluids for money, or being one of those guys who stand on the Strip in Las Vegas handing out cards with hooker phone numbers on them. 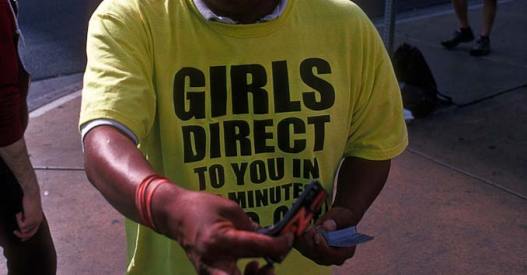 Alas, I do such things for the glory and the fun…oh, and to talk about my writing or promote a new book or some such thing. I occasionally show up on a podcast for reasons other than self-promotion, and those are their own special brand of fun. Indeed, I tend to enjoy those situations more than the “Let’s talk about my new book,” shows, as I’m not the focus of the episode and instead we’re just talking about something we all love. For example, I “guest co-hosted” several episodes of Cyborgs: A Bionic Podcast for just this reason, and I’ve popped into other shows like UnderDiscussion and the Sci-Fi Diner to talk about various geeky subjects. Then there are the podcasts I listen to just for my own entertainment. There are quite a few of those, actually, and I know I’m certainly not an outlier when it comes to this kind of thing.

“Okay, then, Dayton,” I can hear someone asking. “Why don’t you have a podcast to call your very own?”

I actually got a version of this question today. It’s one that pops up from time to time, usually after someone’s heard me running my mouth on someone else’s podcast. “You should do your own show!”

Well, for one thing: If I start a podcast, then there might not be anyone left to listen to all the other podcasts out there.

For another thing, I really rather loathe the sound of my own voice when I hear a recording of it played back. To my ears, I always come off sounding tired or stoned. The latter really sucks because I’m almost never stoned, and I hate that I might sound that way without enjoying the accompanying benefits.

Lastly….shit. What the hell would I talk about that’s not already being done better by someone else? 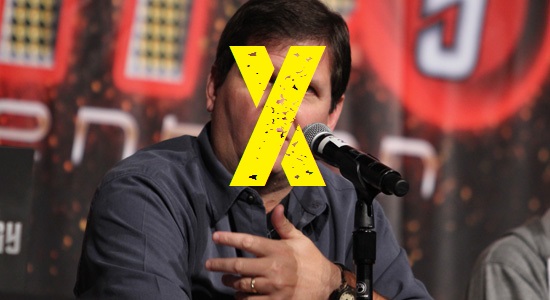 I sure as hell don’t want to devote a podcast to talking about myself. Holy shit. How self-indulgent and boring would that be?

Doing something that’s devoted to the craft and business of writing sounds interesting, but then I remember other, smarter people are already doing that kind of thing.

Review and/or discuss Star Trek episodes? Again. Cool folks are already on it.

Yammer on about some other aspect of popular culture? What, and come off like some blowhard gatekeeper know-it-all? The internet is already littered with that sort of thing.

I could do something about politics, but that’d likely just end up pissing me off.

There was that time I used to write out answers to various crazy questions spanning all manner of topics for another podcast, the G&T Show, and one of the hosts would read the question and my response aloud on air. Over time, this “Ask Dayton” feature evolved into a weird space where for certain flavors of questions, I pretty much morphed into an even more profane, curmudgeonly version of myself…if indeed such a thing is even possible. I wrote answers to 120 such questions over the course of nearly six years.  Is there anything to that which lends itself to podcasting? Eh. I doubt it.

“What about something fiction? Write stories and then create audio versions, you dumbass.”

Okay. Not a bad idea in and of itself, but I think something like that would be even harder to do than just some flavor of discussion/review/interview show. And don’t even get me started on something like an audio drama. I’ve seen the work involved in producing something like that, and my hat’s off to those people I know work so very hard to make it look so very easy. There’s no way I can keep up with that kind of effort and quality.

Kevin and I have discussed the idea of a 2-person podcast, which we quickly realized would be little more than recording a conversation we’d probably have when we’re in the car together or otherwise hanging out. So, the topics might run the gamut, from Trek to other TV and movies to what we’re working on to what we want to work on together at some point, kids and grandkids, and whatever else tickled our fancy. We even toyed with the notion of combining the recording with walks around town–ostensibly as a means of doing something healthy. We even had a name for it: “Two Geeks Walking.” I suppose it’s something we might still do at some point, but who knows.

I’m not seriously looking to start a podcast, mind you, but if I did…..what do you think makes a good fit for a bonehead like me? I’m genuinely curious what would motivate anyone to listen to me ramble on about anything on something resembling a regular, scheduled basis. Hit me with your thoughts down in the comments!