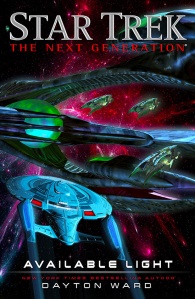 This time it’s about my still minty fresh Star Trek: The Next Generation novel Available Light, and the thankless task of not only enduring my blatherings but also recording them for others to hear fell to the inimitable duo of Bruce Gibson and Dan Gunther, they of the Literary Treks podcast.

I always enjoy talking with Bruce and Dan. They’re longtime supporters of the Star Trek novel line, and the interviews they conduct are fun and even a little challenging, as some of the questions go beyond the usual sorts of topics we might cover while discussing this sort of thing. I also love that they always seem able to dial in on some of the subtler things I might try to sneak into one of my books when I think no one’s paying attention.

In the course of talking about Available Light, we also discuss the rather expansive “24th century continuity” the novels have built across multiple series and more books than I can count over the course of many years. It’s quite something, for whatever my opinion’s worth, and I’m rather proud to be a part of it. We also tease (Just a little!) about what might be next, particularly with the forthcoming Collateral Damage, David Mack‘s follow up to my book that’s due to hit bookstore shelves in October.

In the meantime, have a listen to our little chat:

Literary Treks #266: Bringing the Truth Out of the Shadows 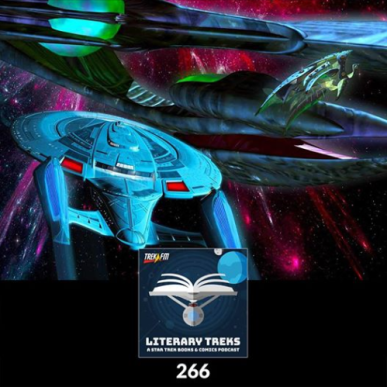 Thanks as always to Bruce and Dan for having me on. I’m sure we’ll do it again at some point! 🙂