Seventy-five years ago, on the evening of March 24, 1944, the culmination of months of planning and preparation and the efforts of hundreds of men was put into motion as Allied prisoners of war launched the most daring escape attempt of the Second World War. The genesis and implementation of the scheme and its aftermath became the stuff of legend, earning it the quite appropriate moniker of “The Great Escape.” 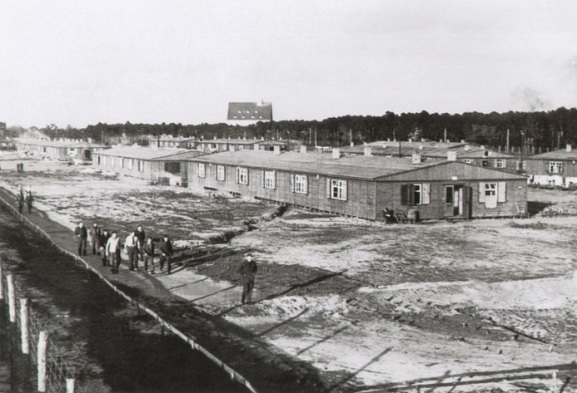 Despite boasts by the German Luftwaffe that their prison camp, Stalag Luft III, was “escape proof,” history has shown that Allied soldiers and airmen incarcerated there made dozens of escape attempts over the course of the war. All would pale in comparison to the night of March 24th, when more than 200 POWs began the process of sneaking out through a tunnel they’d dug over the course of months (one of three, actually, along with a fourth tunnel connecting different buildings), leading out from their barracks to the forest just beyond the camp’s fences.

The escape plan’s scope was massive: clothing tailored so prisoners could better blend with the civilian population, forged identity papers, maps, train schedules obtained from unwitting German soldiers, travel rations, and so much more factored into the mix. While making their way home or to friendly military forces was a hope carried by many, the primary goal was to spread across the countryside in a supreme effort to confound, confuse, and harass German military personnel, drawing them away from more pressing duties which in turn might expose vulnerabilities for Allied forces to exploit.

Circumstances dictated only 76 prisoners managed to get out before the effort was discovered in the early hours of March 25th, 1944. Of those, 73 were recaptured, 50 of whom were subsequently executed by the German Gestapo by order of Adolph Hitler himself, in direct violation of the Geneva Convention.

Upon learning of their comrades’ fate, prisoners at Stalag Luft III constructed a memorial to “the Fifty” which still resides at the camp’s former location, which is now a museum.

Those responsible for the murders and who survived the war–like so many other Nazis and sympathizers–were later hunted, and several were ultimately executed or imprisoned. The search for those responsible continued into the 1960s.

The details of the escape and its aftermath are the focus of the 1950 book The Great Escape. Written by Paul Brickhill, an Australian fighter pilot and himself a former POW of Stalag Luft III, the book brought this incredible story to the public’s attention and later served as the basis for the 1963 film of the same name. Despite the need to compress the timeline of events and create “amalgams” of characters in order to tell the story in such a limited block of time, the movie goes to great lengths to accurately depict the details of the escape itself. It’s a fine film and remains one of my all-time favorites, and yet still pales in comparison to the actual story of the “Great Escape,” the men who carried it out, and “the Fifty” who lost their lives as a result. It remains one of the most fascinating tales of the Second World War.