Our friends over at StarTrek.com have posted a new article featuring the cover art and back cover descriptions for the next two Star Trek: Seekers novels. 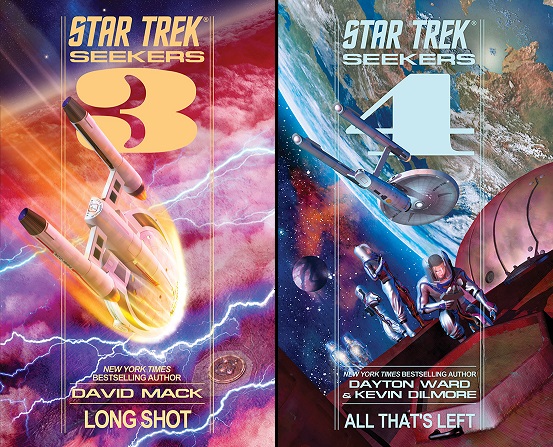 As with the first two books, the covers were created by talented artist Rob Caswell, who readers of the Seekers novels know provided the initial inspiration for the series. As he did with the covers of the first two books, Rob continues our goal of paying tribute to Star Trek book covers from the 1970s, specifically the adaptations of the original series episodes by James Blish.

Click on the pic or the link below to head over to StarTrek.com and see the covers in all their embiggened glory:

Book 3, Long Shot by David Mack, will be out on July 28th, while All That’s Left by myself and Kevin will be in stores on October 27th. So, be sure to…you know…seek them out.